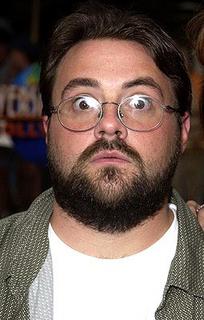 Anyone willing to lay money on how the end of the Black Cat mini sells compared to the original 3 issues? Issue 2 at least hit around 100,000 copies.

I reckon orders for the fourth issue will tally about 85,000, even though this series is astonishingly late, people have never stopped talking about it. Lets face it, Black cat has been in potential rape limbo for a few years now, people are going to want to see how it turns out and retailers will buy into the hype.

But I reckon retailers will get stuck with a fair few, like with DK2 #3.
Posted by Sid at 4:09 pm

I can't even remember if I have the first couple of issues its been that long. I will have to check it out and if I do have them re-read them.

The shame is that, in all the fuss about lateness (which is warranted, for definite), I think it might be difficult to remember that the first three issues were really pretty good.

Same with NYX - which I picked up the Must Haves for, and really enjoyed.

Damn the lateness - what, are we planning on dying any time soon?

The thing is, DC was wise enough to not solicit any issues of Green arrow until he had the first 10 written - they know what he's like, we all know what he's like. But the Quejemas era, always quick to garner a shot of publicity with the titillation of a forthcoming title, rush solicited the books.
And with DD: Target.
And with DD: Father.
And with Wha...Huh? (ships Thursday)
And the sad fact is it works, Spidey / Black cat 1-3 were pretty good, and people havn't stopped talking about 4 and 5.

On a seperate note, NYX never really worked for me, and I usually like Quesada's writing.

Shame on you Sid - Wha...Huh? ships Friday, coz of the Bank Holiday.

You're slipping in your old age.

Uh, I meant Thursday in the US, honest. Do they have the August Bank Holiday?

Comics came out on Wed. in the US.