Fed up with too many advert's in comic-books these days? You're not alone.

Lot's of my customers have mentioned the over-abundance of adverts in the pages of Marvel books these days, so I decided to look into it a little more.
I must admit, adverts in comics have never really bothered me that much, I have always looked at them at worst as a necessary evil. At best, they are a fun way of grafting individual comic's to the time period they were released in. How cool is it reading an X-Men comic from '78 and seeing a Star Wars related advert? Or the bad hair on the kids in the 1980's Lego adverts? Zeitgeist baby.

So I was reading Marvel Knights Spider-man #19, and I was thinking to myself, "damn, this issue feel's thick?", so I did a page count. Now, in the old days, your average comic page count was 32 pages, with 22 pages of that being story, somewhere around the mid '90's the page count jumped to 36 pages, keeping the steady 22 page story count. Now bear in mind thiose 32 / 36 pages also included at least 1 page of letters, and 1 page of in-house group adverts (for instance, a look at everything coming from the X-Universe for a month). 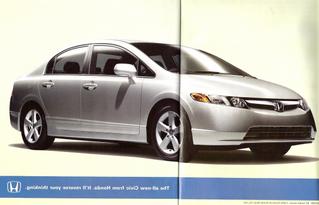 sorry, you weren't reading that were you? - "previously in" and credits (like in the Ultimate books), and 1 final page for in-house group adverts (in this particular issue, advertising for the rest of The Other crossover). The other 27 pages were all adverts.
Crazy shit, huh? Thats more adverts than comic.

Now you can see why so many people wait for the Tpb's. I don't know about you but I don't want half of my comic boxes to be filled with adverts, but after 12 years of comic collecting I don't want to break by Amazing Spider-man collection.

Marvel claim that monthly comics cost so much to print these days, that adverts are the only way of subsidising / off-setting the cost. But printing the comic with twice the adverts doubles the size of the book, which surely doubles printing costs you'd think?
Now, unless the adverts cover more than half the printing cost, they are not worth running at all as Marvel would lose money. So we have to presume that Marvel are making money on these adverts, otherwise, why print them?

Now Warren Ellis / Image can afford to print a 24 page comic with 16 pages of story, and they need to sell 20,000 to make profit and make sure everyone working on it get's paid. One in-house advert. That's it, and they can make money on that at $2. So presumably, at $3 a pop, Marvel are making good money on a comic that sells somewhere in the region of 70- 75,000 issues each with 27 pages of ad's. Very good money.
If Marvel can ship an 88 page Tpb for £7.50 (still cheaper than the price of four individual comics) with no adverts, then you have to ask why are the single issues costing so much with adverts.

Is this just a blip? A freak one-off occurance? Ult. X-Men #64 which shipped the same week ran 27 adverts, Ghost Rider #2 shipped with 23 pages of adverts and last months MK Spider-man # 18 shipped with 23 pages of adverts with another four devoted to that Nick Fury's Howling Commandos series that won't sell.
By contrast, DC's infinite Crisis #1 only had 10 pages of adverts, and 32 pages of story. Now thats more like it!
I really can't see what difference adverts make to the price of comics anymore. Is it done purely because that's the way it's always been done? Has it become a case of the tail wagging the dog?

So what can we do?

In truth, very little. But if Shawshank Redemption taught us only one thing, its that writing letters can make a difference. Write Marvel, write Wizard, bug the shit out of them and maybe, just maybe, they will listen.

-Sid Beckett.
Writer of whatever's on his mind. He would like to add that Shawshank also taught us not to cry in prison and introduced us to the word; fuck-stick
Posted by Sid at 3:25 pm

And we have a new champion, Thursdays Runaways #9 comes in at a massive 28 pages.

The adverts are ridiculous. I can't understand how I can go in and pick up a free (well 25 cents) copy of 'The Goon' and it have in total... *counts* 26 pages of comic and 4 pages of adverts, one for a videogame, one for a con somewhere, one for the Goon trades and one for Mirrormask. 4 ads, including the back cover, no less. Sure, Dark Horse must be making money off their other books to afford this one off and sure, Marvel/DC et all need to advertise to get some more buck, but 28 pages?! More ads than comic?! Surely if they are running more ads then they are making more money from them, so they can pass the discount on to their customers and drop the price of the book slightly, especially if they weill have to wade through acres of cereal ads just to find out what cheeky shenanigans Spider-Man has been up to this month.

I tend to approach the Comic threads with a little more caution than most, closest I came to actually buying comics was a brief flirtation with the Ultimates range that fizzled out and the fact I love Preacher, a lot. This post did get me thinking though.

I play games, too many some would say (You can read about my Ker-Azy gaming activities at http://falisv.blogspot.com, plug plug.) but as an outsider looking in I see distinct parallels between the two industries. This one clearly being the influx of adverts into a product, seemingly doing nothing more than making more money for the companies on top of what they get from retail, whilst keeping rrp's high. I'm looking at YOU EA.

Both industries currently teeter on the edge of much, much bigger things, but like all industries, they are there to make money. Now is arguably the best time to do this. It just depends on how hard the moneymen push for it that this situation will either get much better and we will see a new glorious era of fantastic mainstream legends and repected and recognized indie classics etc. or we will simply see more adverts in the medium whilst more bad movies are made for no reason other than the ability to stick a volkswagon logo to Jesse Custer's chest for 2 hours, and I'll be found swinging in my bedroom.

i have one of darkhorses regular $2.99 books in front of me "revalations" out of 32 pages 7 are adverts 2 in house the rest are for movies and games ( adverts seem to be more focused on the target audience ) and one page for letters! not bad and this wont be selling anywhere near the units of Spiderman!

writing letters only makes a difference if you do it for about 3 years straight - writing a letter to nintendo gets you a polite reply and a nntendo envelope - writing to marvel gets you a very cool envelope (if envelopes turn you on...) but writing to virgin railways gets you a kick in the teeth.

I like the Adverts they deflect attention from the predominantly piss poor story telling techniques & shonky artwork. I'd much rather see a four page advert telling me not to smoke cause its bad for me positioned inbetween two pages of a double page splash shot. Come on we all know adverts are a necessary evil of business, if marvel could get away with getting you to spend $3 on 2 pages of actual comic & 412 pages of adverts, they would. It's a business, they exist to take your money, they dont care about you! how else do you explain the Elektra movie/FF4 movie , need i go on. Get over it! Advertising is the most important cultural development of our time! Thats how depressing the world has become! Personally i cannot wait until i can sell areas of my own body as advertising space, permanent human advertising branding its the way of the future, I hope to encourage it as a trend by getting facial tattoos of all my favourite multinational babymurdering corporations, i have already had the nestle logo tattoed on my penis & have been genetically altered so that i urinate nestle chocolate milk & have the starbucks logo branded on my ass cheeks, & can now provide double chocolate muffins for the worlds starving millions. Who's with me?

As the mighty Bill Hicks once said,
"if you work in marketing or advertising, go kill yourself!"

Don't know how you get updated for comments so this may never be seen cos well its quite an old fossil of an entry but we have a new champion.
The book of Lost Souls - ICON
29 pages of adverts