Do Comics Cost Too Much?

This is a topic which get's bought up all the time on the internet, amoungst comic collectors, and in-store. Do Comics Cost too much?
The answer - as with most things in life - is not as simple as yes or no.
When I started collecting comics when I was 15, the average price of a Marvel comic was $1.50, but a lot of books were already retailing for $2, and shiny foils covers like X-Men Alpha or Spider-man Maximum Clonage were selling for $3.50 and upwards. In that ten year period, the price of comics has increased to an average cost of $3 a book.
So yes, comics have on the whole increased in cost, but they are hardly the only product to increase in price in the last ten years. The overall costs in printing have increased a lot, and fuel prices have obviously increased exponentially. But these days the production values of comics are far above that of there badly coloured, low-paper grade predecessors.

And besides, there are options.
We have comics in our back issue section for as little as £1. There are some cracking reads there. Mid #200 Daredevils by John Romita! Classic Dr. Strange adventures. Almost a full run of Defenders, the little super-hero team that couldn't. The list goes on: Web of Spider-man, Excalibur, New Mutants, Punisher, Batman, Superman. Classic superhero tales from iconic heroes, all at bargain prices.
There are always "free Comics" given away at our main point-of-sale (the Counter). They are completely free and don't go as fast as they should considering the lack-of-price. They range from promotional items like the recent Red Sonja #0 or the 25 cent Goon issue, to overstocks of books like Ultimate Marvel Team-up #3 or Captain America: Truth #1. Books that we, to be honest, completely over-ordered. Either way, the titles we give away are hardly shit. And what good are they rotting away in the back store room? Better to give them away to people who might enjoy them and you never know, it may get new readers into comics, or put existing fans onto a new title (as has happened with the Oni overship of Paris #1) or back issue run. Free comic Book Day is proof that this works. 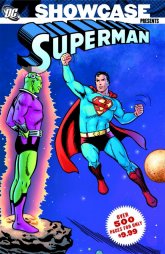 DC "Showcase" and Marvel "Essential". 500 Pages plus ranging from £7 - £11 in price. What a bargain. The first 160 issues of Amazing Spider-man are available in this black and white format, some of the best comics ever. What about John Brynes X-Men run with Chris Claremont? Silvestri Wolverine? Silver-age Superman? Jack Kirby F4? All are available in this format.

Trade Paperbacks. Okay, apart from some recent exceptions from Marvel (Ultimate Fantastic Four Vol. 4 springs to mind), Trade Paperback collections usually work out cheaper than the single issue format. Sea of Red from Image is a great example of this at £6 for four issues. The first seven issues of Ultimate Spider-man available for £9! 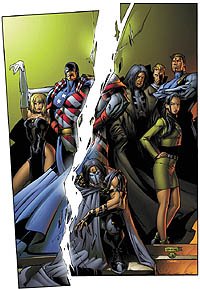 Hardcovers. The complete Rising Stars for £45. That's a total of 27 issues and works out cheaper than singles or even Tpbs. Okay, yeah, most of the time Hardcovers do work out a lot more expensive than the singles, but not in this case.

Complete Collections. The Complete Bone is only £27! That's less than 50p an issue in one handy volume. Other great examples of this include the great Soulwind and Geisha.

At the end of the day, you will pay the price if you're a fussy reader.

So what's the benefit of collecting comics then?

There are still a few real advantages of collecting single issue form. For a start, you don't have to wait so long between issues, it's easier to find the time to read 22 pages than it is to read 160 and the letter pages help give a sense of belonging and community. you also get to appreciate the cliffhanger ending, books like House of M and Infinite Crisis are predicated on the idea of it's monthly suspensefull ending, yet many people I know prefer to wait for the Tpb. Each to their own, really.
Another factor to the single issue is the resale value of the single issue. There is very little in the way of resale value to a Tpb or HC, most people who buy comics that I know are more interested in reading than in selling them on, but its kind of nice to know they are worth something when you come to sell them on.
I for one will keep collecting comics regardless of the format, although I do prefer the single issues on my Marvel titles it is mainly because I have been collecting them that way for so long I don't know how to stop. With an awful lot of new titles or indie books I check out the Tpb, as its easier than searching for all the singles, and I already have enough monthly titles to keep up with thank you very much.

I think one of the main problems with people complaining that comics are too expensive is that the "fans" think they have to buy them. So there are 20 books coming out in a month and you can only afford 15, just buy the ones you really want, no one is forcing you to buy every tie in or cross over. There are many thing we all want but can't afford and sometimes you have to skip on certain things.

I'm lucky enough to be able to afford all the comics I want to read but in the past have had to leave a book on the shelf when I was a little worse off.

If a comic seems to expensive then don't buy it or just cut down your order. £2.50 per comic isn't a huge amount but it can add up if you want lots of books a month, you just have to be selective with what you buy.

The amount of adverts I see in them recently I'm surprised they ALL aren't a pound. The revenue from those certainly isnt giving the customer a saving.