If only the answer was as black and white as Venom's costume.

Like so many things in life, the true answer lies somewhere in the gray.
While I love Civil War and all its tie-in's, and can easily say just two issues in that I much prefer it to last years "House of M", and while I can honestly say I am really enjoying the concept of Spider-man unmasking for the new story line possibilities it opens up, I have to go against the idea if only for one simple reason:

Whether it takes one year or ten years, this will be undone. Even if they have to wait till Joe Q's dead (and no offence to the guy, but he's not looking like a candidate for "healthiest guy of the year"), someone will undo it. 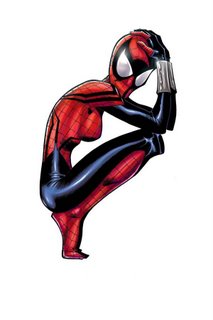 You name one thing that has happened in Spider-man that has stuck which wasn't the status quo when the series began?
The Death of Gwen.
The death of Norman Osborn.
The black costume.
The "return" of Peter's parents.
Spider-man being the clone.
Peter Parker losing his powers and retiring.
The Spider-baby.
Aunt May dying.
MJ dying.

What's next? Spider-mans marriage??? According to Joe Q this will be going the way of the dodo soon. Most people didn't like the Gwen / Norman affair, will that suffer a Superboy punch too?

Even the little things like the end of MJ's modelling career, Sandman reforming into a hero (and Avenger no less) or Peter's job at the school seem to be ignored / retconned eventually.

So here we see the deep-seated problem with Marvel, and in many respects DC too. They refuse to let their characters progress. If Marvel had their way Peter would still be unmarried, working for the bugle (or attending school) trapped in a frustrating love-life as the little geek that sometimes can.

Now the argument has been made that as the characters are ICONS, they belong to every generation so it is unfair for the characters to evolve, as it denies the next generation of these icons. Which leads us into another massive flaw of American comics, but also their greatest quality.

In any other country, the guys who create the characters tell the story, and when they die, the stories die with them. Sounds great in theory as it means the purity of the characters is dictated by their creators throughout the years, and as the creators grow and evolve so can the characters (Cerebus the Mysoganystic rant) or they can press a status quo reset button at the end of every issue (like Tin Tin or Asterix).
But to do that would be to deny the world Dark Knight Returns, Mark Waid's Fantastic Four, Ultimate Spider-man, Joe Kelly's What's So funny about truth, justice and the American way?", Ennis' Hellblazer run. Hell, even the irreverent Nextwave wouldn't exist.

So what is the solution?
The only way I can see it is separate continuities with an eventual end.
Think about it. It's not too dissimilar to what DC do with there Crises every 20 years or so. There is what Alan Moore thinks of as Superman (crazy zany silver age stuff), our generations Superman (for arguments sake, the John Brynes Supes) and now we are seeing the start of this eras Supes as part of One year Later.
Why not let Spider-man evolve, have kids and eventually turn the series into Spider-girl. If you want to read the adventures of Spider-man in school, there are hundreds of back issues and the Ultimate series to get through. Wouldn't it be nice to see the conclusive tale of "your" Spider-man before you die? Because lets face it, when I am dead and gone, Spider-mans stories will still be continuing, which is great and all, but I have put a lot of time and money into Spider-man, I would like to see how it all works out for him. Its why I like "Whatever Happened to the Man of Tomorrow" even though I hate silver age Superman. 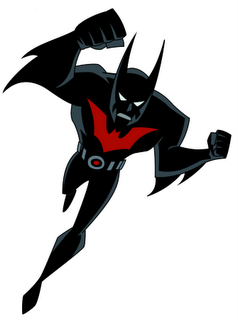 Wouldn't it be cool to see the DCU head towards Kingdom come before a reboot? Wouldn't it be nice to see Nightwing take over as Bats, even if its only for ten twenty years and then a new Batman series starts for the next generation, maybe even lead it into Batman Beyond

Would it make any less sense having two different continuity running then having all the What Ifs, Elseworlds, LOTDK, Unlimiteds, Ultimate, All-star, Classifieds and the core universe's running concurrently?
It would take a little getting used to to start, and without the right labelling it would be a bitch for newcomers to the industry, but you only have to look at the branding of the Ultimate books to see that it can work, if approached properly.

With this idea, its not so much a retcon as a newcon.

See, and you thought the question of Spidey's unmasking was a simple one.

At the end of the day, I will keep reading Spider-man regardless if his identity is public knowledge or not, because I love Spider-man and I love comics. But every time we make fake promises to the non-comic world, like we did with the Death of Superman it causes mistrust. 1 million people bought the Death of Supes in Superman #75, and 95% of them thought the ending was a cop-out.
I still get people coming into the shop seeing Superman comics and proclaiming "isn't he dead", only to see their interest and sanity drain away as I try to explain how "he wasn't really dead...".

Of course, this separate continuity thing wouldn't work for everything. I can't imagine a Preacher or Watchmen reboot every 20 years without tasting vomit at the back of my mouth. But for the more Iconic characters, it would be a way of taking risks and keeping the characters iconic for every generation. Its exactly what Chris Nolan did with the Batman film franchise, or what Bendis did with the Ultimate series.

So, although a lot of people would hate the idea initially, historically, its already been proven to work.

So, in conclusion: If Marvel keep Spider-mans identity revealed for the rest of this versions life span, without it being a dream, hoax or imaginary tale; I will be a happy man. But it they just retcon with a random issue (say Amazing Spider-man #587) just because a new writer doesn't like it; then its shit and flawed.

But having said that, a good story is a good story, right? Marvel have publicly stated that they won't let continuity get in the way of a good story.
Wasn't that DC's policy in the '70s and 80's? And didn't that lead to a crisis?

No-one said the solution would be easy.
Posted by Sid at 9:42 pm

I should point out the cerebus picture has been doctored, that is not the original Dave Sim text.
Buy a copy of Cerebus. That way I can say I used it for advertising purposes.

I would write a long reply to this, but I don't see what I can achieve, you hit every beat I wanted to touch and expressed my same feelings.

The Spider-man reveal is a bold move, and one that I’m exited about. This feelings only going to be carried if Marvel has the guts to stick to their guns though, I mean there are plenty of ways to revert things to how they were, Loki just for starters. I want to have faith in Marvel to carry through with it, but I’m not sure they ever will.

I’ve wanted a progressive Marvel Universe the whole time I’ve been reading Marvel comics, it’s an idea that I wish they would take the plunge and follow. Yet whilst I can understand their arguments against it, they already have so many lines already, and it doesn’t stop the stories that have already been told from existing.
How hard would it really be for them to use the ‘616’ (– that term is so geeky), as a constantly moving universe where we get to see characters really age and die and be replaced?
As you say with Spider-girl, I read that series and would love to have seen those changes implemented over a whole line as time passed.
I want to see Franklin Richards grow up.
New fans can grow up with new heroes that they can identify as their own, along with those of the past. If the line was already moving forward in this way Runaways would be even more exciting.

I’m loving Civil War; I’m loving the changes it’s making, the destruction of alliances and changes to the characters. Yet in the back of my mind I know it will be all too easy for Marvel to fix this all in a matter of just a year or so.

And as for them having their own ‘crisis’?
I think we have plenty of universes for them to use if they ever took the fancy of doing it.
I’m not sure if that thought excites me, or just scares me.